I’ve lived in NYC a long time, and have had many a great City Moment, but this one warms my heart in a way that is hard to describe.

One of the boys was, from my perspective, the more genuine kid. His mannerisms, the way he conducted himself with my far younger children, I’d bet money he has little kids in his life somewhere, and he loves them.

All of which was particularly endearing because he had the perfect IDGAF long, dark, shaggy hair that hung just limply enough over his eyes. He was bundled in a bulky field-type jacket and baggy pants, but had the most striking blue knit gloves.
I watched them closely, not because I was concerned, but rather because this kid had everything I’d ever crushed on when I was a young girl.

You know the type, cool without being an arrogant ass.

For quite a while they ran back and forth, up and over the playground equipment. Giggling and puffing steam into the chilly afternoon air.
My son ran past shouting over his shoulder, “You can’t catch me! You can’t catch me!”
The blue-gloved boy just stopped, shook his mop of hair, and sighed with Oscar-worthy nonchallance.

“No, sorry dude, that is too cliche.”

I tried to hide my smile while my inner child just swooned. 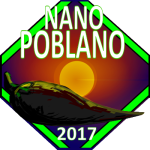 3 thoughts on “What’s the One Rule When Playing with the Big Boys?”

Whether you want to give a little something to your nail-obsessed pals, colorful kiddos, or significant others, Color Street has got you covered! 😍 ❣️ Let me send your choice of nail strips along with your words of love in a sweet card directly to all your Galentines, Palentines, & Valentines! ❣️ #ShareTheLove #ThoseSassyNails #StunninglySimple #SimplyStunning #BeColorStreet
#current mood: At the end of a the longest 4 day week in the history of motherhood... I may be exaggerating for dramatic effect, but whatever. Check out Branch, being all smug, when I am just here sitting at my dining table try to sort and clear all of the crud. Just doing my thing, and I’m still being trolled. #momlife #citykids #fridaynight #fridayfeeling #clutterbug 🤦🏻‍♀️ #ThoseSassyNails #StunninglySimple #SimplyStunning #BeColorStreet
#nablopomo #sponsored ADHD CheerPeppers family Gift Guide Haiku Holiday Guide kids Memories Mom mommy Motherhood NanoPoblano OnFridaysWeHaiku Parenthood perspective poem poetry prompt random relationships senryū Sensory play Sensory Processing Sensory Toys Silver Linings SPD theme