If you know me from other social media you may have seen something about the surgery I had on Friday. My right foot was all jacked up, but they rebuilt it. The goal being to make me stronger, better…

Honestly, this scenario is pretty old hat for me. Both of my knees have been surgically rebuilt. I’ve had 3 surgeries on each knee. Bones broken & ligaments cut & parts moved around – not replaced – rebuilt. So I understood that this sort of surgical restructuring can work.

In addition, I’ve had 2 c-sections, my gallbladder removed & 2 surgical breast biopsies. I think that’s all, but I forget sometimes. Added up, my times under the knife total double digits, with this being either the eleventh, or twelfth. 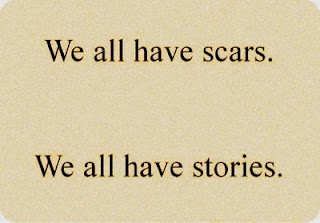 Y’all should know by now, this Serendipity persona isn’t just for giggles. I am a fairly upbeat person & life is pretty good. I honestly look for the upside, the silver linings, the greater good that can develop from whatever pile of shit life happens to put in my path. And I’m not thinking that’s always just a mess of flies.

Naturally, this is a lot harder these days than it was before we became residents of Toddlerville. Back then I practiced yoga 6 days a week, along with mediation & Reiki every day. I was so Zen.

No doubt about it – I’m a bitch way more often now. But I still work like hell to find my balance.

I had this surgery on the anniversary of my father-in-law’s passing. That was long before I knew Hubs, of course, but we decided the coincidence was a good thing & he’d be keeping an eye on the surgeon. In hindsight we should’ve been worried about all the other stuff that could go awry. Without even mentioning that we were unable to coordinate childcare for the afternoon/evening of the procedure, Murphy’s law was stretched thin to cover the all that transpired.

I’ve been here before – crutches, physically limited, relying on others to help me while I can’t stand on my own two feet (pun intended). I know I will heal, and in time the scars w

ill fade & I will be better than before.

The truth is regardless of how mellow I’m trying to be, this surgery still flipped my freak out switch.

Maybe because I’m turning 40 this year & I’m tired of being “rebuilt”.

Maybe because I was sick for about 3 weeks, unable to practice my yoga, so I went in with a twisted headspace.

Maybe because my JOB is taking care of my kiddos, and I’m having to ask someone else to do that.

Maybe because I can’t pick up & cuddle or in most normal ways physically interact with my children.

A few minutes ago my Boy was crying & lunged at me wanting Mommy to pick him up. I had to deflect & twist away because I was standing rather unsteadily on only 1 leg. He can knock me over on a normal day & I was afraid we would both fall & get hurt.  He is only 3. I knew by the change in his cry my rejection stung more than the original woe. Seeing my boo-boo photos & understanding he needs to be careful with me,  that knowledge flew out the window when he needed Mommy to make it better.

Ugh. There’s nothing for it. It’s all a matter of time now. Time for me to heal. Time for me to let go a little more than I’d like. Time for the Rebels to understand I’m not the only sheriff, nor the only healer in town. To everything there is a season, yeah?

Well, if there is a season for everything, Spring is certainly the season of change & hope. Maybe we’ve just entered a season of change. Maybe this path we are on is headed to unexplored territory in Toddlerville.

As the song goes “now that my life is so rearranged, I know that it’s time for a cool change.”